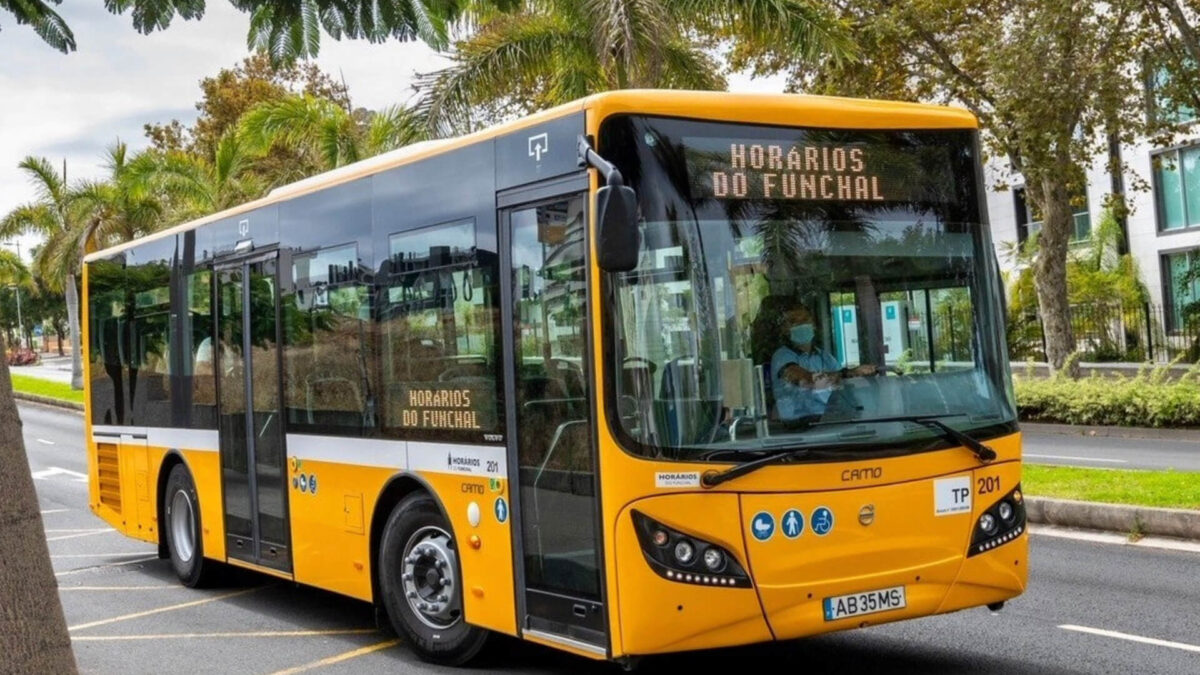 Horários do Funchal starts this Tuesday a new integrated ticketing system. The process, will run over 32 months and involves a total investment of around 3.8 million euros, and will work on a contactless basis, with an operational support system and information to the public in real time.

According to a press release from Horários do Funchal, this new process is about adopting a system which enables the provision of integrated services to several operators, through several means of transportation using common supports and fares, thus allowing the simplification of the equipment used, the data processing and the information to the public.

Effectively, it is a technological and management evolution of the current ticketing model being used at HF, but which is extended to other operators, whether regional, national, or European.

Following the implementation of this system, Horários do Funchal will offer a single card (ticket or pass) valid for all public transport operators.

It is expected to be fully operational by mid-2025, and will also allow the aggregation, in a single portal, of information relating to various operators and services in the context of public transportation, simplifying and centralizing the users’ access.

“This development also allows users of public transport to monitor in real time, online and on monitors on board, the information regarding the journeys conducted by the various bus operators, such as, for example, the location of buses and travel time,” it is also explained.

The company is thus moving forward with dematerialized ticketing solutions, whose implementation will take place gradually, and where, through a computer application (GIROGO app) it will be possible to buy tickets and, later, validate them on the bus, without the need for any physical media.

This technological evolution will require changes in the field, and will be implemented gradually, namely, the replacement of all the ticket booths and payment methods used by the various operators. This work will be carried out in the first 12 months, starting from the beginning of the process, and a transitional period of four months will be defined, in which both ticketing systems will be working simultaneously to ensure a smooth migration from the current system to the new one.

As for the current public information boards at some bus stops, they will also be gradually replaced by new equipment capable of broadcasting (using software to communicate) to passengers data related to the circulation of buses belonging to the different operators.

The implementation of the new system relies on an important partnership with Transportes Metropolitanos de Lisboa.

Faustino Gomes, President of TML, highlights the pride in being able to support HF in this process of acquiring skills, both through the technical collaboration which can be useful to help make this project a success, and by providing technological tools for ticketing management. One of the tools we will share is the API APEX, an application linked to the ticketing system that enables the introduction of an abstraction layer between the transport cards and the business applications, so that logical uniformity can be achieved in different systems and equipment even when these come from different origins and configurations, significantly improving the interoperability model.

The close collaboration between HF and TML – initially based on the distribution of cards – is now also reinforced by sharing the integration application of ticketing components, and eventually, in the near future, by extending this sharing to TML’s global system management platform, with verticals such as passenger relationship management or partner management.

Faustino Gomes, stresses the wish that this partnership, and the lessons learned, will become an important building block for a supralocal – perhaps regional and ultimately national – logic of a unified ticketing system simple to use and without technological or geographical barriers.

The process that will once again revolutionize the way people travel by public transport in Madeira starts this Tuesday with the presentation of the companies comprising the consortium, LINK CONSULTING; NEVES & NEVES, LDA; POWERQUBIT, in a meeting that will take place at the headquarters of Horários do Funchal.

This ceremony is attended by the members of the Board of Directors of HF.

The implementation of the integrated ticketing system has already a defined schedule for the different stages, and by the middle of next year, users will be able to benefit from the first features of this new system.

“For this operation to be successful, it is fundamental that passengers understand and collaborate with the process,” concluded HF.

Supporting a MaaS initiative in Geneva

Investment Management in the Digital Age

GET IN TOUCH WITH US!